Digital: the new frontier in healthcare

Everything is affected by the digital revolution. The opportunities for improving healthcare could be extraordinary. Interdisciplinary research is key to this. The UCL Festival for Digital Health will connect UCL’s world-class research in computer science, engineering, medicine and health service delivery. Together they can have a direct impact on the health and wellbeing of individuals, communities and populations. Collaborations across engineering and healthcare will make UCL a leading institution for Digital Health research. Join us to discover new technologies, Share achievements, Network with staff, industry and healthcare and Create new collaborations – a new momentum!

Chaired by Dr Patty Kostkova (UCL Computer Science) and coordinated by Raquel Velho (UCL Department of Science and Technology Studies), the UCL Festival for Digital Health 2014 is hosted by the UCL Grand Challenge of Human Wellbeing and is organized in partnership with the UCL Institute of Biomedical Engineering, UCL Centre for Behavioural Change, i-sense – the EPSRC IRC in Early Warning Sensing Systems for Infectious Diseases and UCL Advances.

The Festival is brought to you by the Faculty of Engineering and the Faculty of Population Health Sciences, Enterprise Europe Network, UCL Advances, Crystallise and Helicon Health. 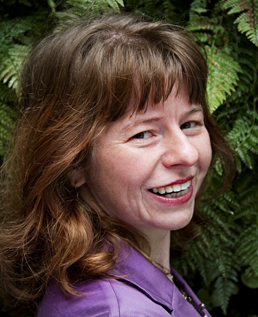 Patty is currently the Principal Research Associate for ehealth at the Department of Computer Science, University College London (UCL). Patty is also a Special Lecturer at the School or Arts and Social Sciences, City University, London delivering an interdisciplinary module on Social Media for postgraduate social science and informatics students.

In years 2012-13, she held a Research Scientist post at the ISI Foundation in Italy. Until 2012, she was Reader and the Head of City eHealth Research Centre (CeRC) at City University, London, UK. With an MSc and PhD degrees in computer science and an extensive international experience at public health agencies such as WHO and ECDC, Patty built up CeRC into a thriving multidisciplinary research centre collaborating with international partners and funding bodies including ECDC, WHO, HPA, EC and the DH, in a total value over £2million.  CeRC piloted a novel model enabling direct technology transfer of a user-driven high impact research through a family of real-world online services for medical professionals including the National Resource for Infection Control (NRIC), ECDC training resource FEM Wiki and educational games for children edugames4all. She is currently heading the pilot of NRIC delivering infection control evidence to professionals in Africa, in partnership with the Infection Control African Network (ICAN).

Patty’s activities in development and evaluation of computer games for children (specifically, 9-12 years and 14-16 years) include, in particular, the multilingual e-Bug/edugaems4all project. Launched in September 2009, the e-Bug multi-language education resource for children, including stand-alone web games teaching hygiene and antibiotic resistance concepts received a high acclaim from the HPA CEO and the Chairman, ECDC AR lead, WHO IC lead and was covered by press and media, including the BBC, as a unique educational initiative for children. Further, in addition to successful evaluation demonstrating educational impact of serious games, the project user base quadruped during the 2009 swine flu outbreak. Several evaluation studies including the novel framework for seamless evaluation were designed and published in particular with the senior group of teenage children. Patty is currently leading on the development of apps for edugames4all and NRIC, and further evaluation initiatives in the domain of ehealth.

Patty’s research successes were recognized by a number of prestigious awards including:

In the recent years, she was appointed a consultant at WHO, ECDC and Foundation Merieux. In addition to Patty’s Advisory Board memberships including ECDC Knowledge Management Working Group and the NHS National Knowledge Service TB Pilot project, she established and chaired an interdisciplinary international eHealth conference in 2009-11 and is the chair of the WWW 2013-14 Workshop series on Public Health in the Digital Age (PHDA 2013-4).

Regular invited and keynote speaker at prestigious institutions and international conferences, in March 2011, she was invited by BMJ as the “Idea Champion” to present her latest work on the potential of social media for epidemic intelligence receiving a wide media coverage including a BMJ scientific film: Medical Innovations: Twitter Epidemics.

Patty published 100 peer-reviewed papers, a book chapter and edited a number of journals. Her research was extensively covered by international media including the Medi1TV, BBC, AFP, the Vancouver Sun, the Malaysian Insider and recently by the Oxford Internet Institute: Can Twitter provide an early warning function for the next pandemic? 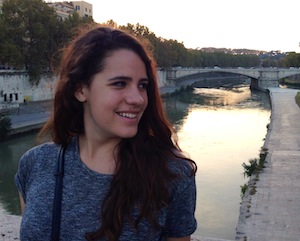 Raquel is currently a doctoral candidate at the UCL Department of Science and Technology Studies (UCLSTS). Her work focuses on technological development and building interdisciplinary bridges between the social sciences, engineering and users. Her research is being funded by the Brazilian CAPES foundation, via the “Science Without Borders” programme.

Expanding upon her Master’s degree, completed in September 2013, she continues to work on issues of transport accessibility and working towards the inclusion of users’ voices into the shaping of technology. Her doctoral research is an interdisciplinary collaborative effort of bringing together qualitative methods from the social sciences (sociology of technology in particular) and quantitative methods from engineering, aiming to achieve a well-rounded narrative of users’ experiences.

She is also a member of the Accessibility Research Group (ARG), a multidisciplinary team investigating different areas of accessibility, and of TARSAN, the Transport Accessibility Rehabilitation Services Advisory Network, a group which aims to ensure that users of public transport have an active participation in the research in network development and improvement.

For a summary of her Master’s dissertation, please click here.